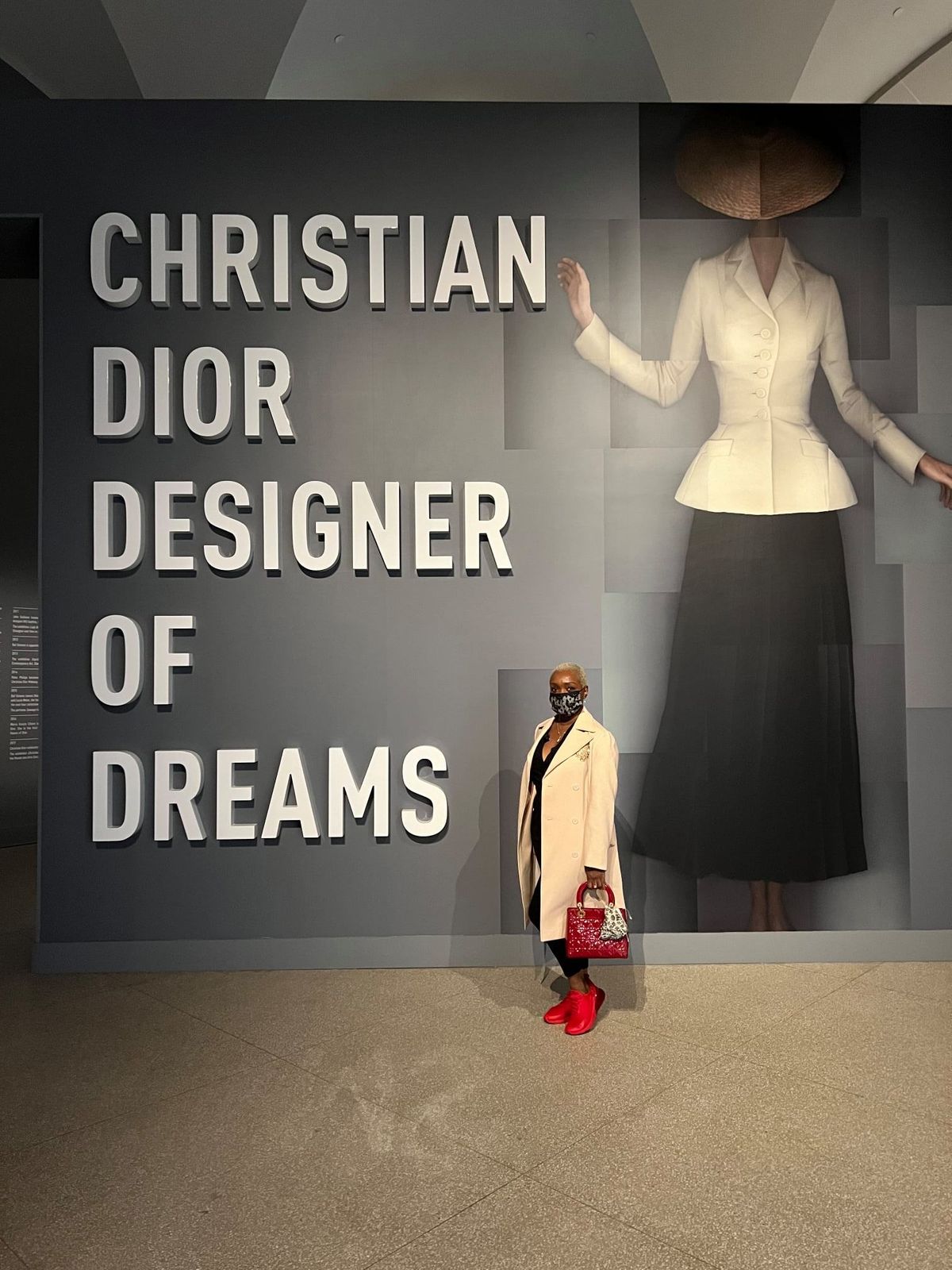 What The Dior Exhibition Is Teaching US About Ourselves & History

Let me start by saying that Christian Dior has been credited with revolutionizing the modern fashion industry as we know it today. Born on January 21, 1905, in Granville, France.

His father was a wealthy fertilizer manufacturer--Louis Maurice Dior. He, like many of our parents or us as parents, very much set a path of success for our children. The reality is that ultimately our children will find their own way. And, that we must accept it.

Dior found his love in the arts--opening an art gallery that celebrated works by artists he loved such as George Braque, Salvador Dali, and Pablo Picasso to name a few. It is the arts where Christian Dior may have found his love, and passion for life. Clearly, The Gallery would become a success and with the financial support of his family, it thrived for a while. Christian Dior would not agree to participate in Politics which may have been a vision from his father--but nevertheless, he still invested in his son's gallery but was permitted to use the Dior name.

Tragedy Befalls Us All

While we may know the brand for only being successful. They faced their share of challenges; and like many other businesses that do not reach their initial goals and objectives. Christian transitioned from being a gallery owner, overcoming the loss of his parents and siblings and the demise of his family business, having to overcome a great depression--while trying to function through insurmountable trauma from a myriad of things that were out of his control and not of his doing. And, still, he rose to fame and gained the success many of us can only dream about. The world has celebrated this man, who is immortalized and considered one of the greatest in all of fashion history.

While Christian was known to have the most successful talented friends and investors; he knew it did not stop him from having doubts and concerns about his future. He experienced homelessness for some time; sleeping at the homes of others. He was drafted into the armed services, took positions working for others, he took a variety of risks; that many of us may or may not have taken despite our fears and personal obstacles.

Christian Dior weathered the beginning of his career in extremes; from outrageous threats from his adversaries to experiencing extreme poverty. Too often we do not share our challenges, we do not always discuss our financial hardships. These experiences should make us--stronger, we should not let them break us. We must focus on staying the course, finding the determination to be the success we want to see, and surrounding ourselves with people that challenge us as well as support us.

Give The People What They Don’t Know They Want

Our friends should not be our competitors. We must learn to celebrate, support, and be present for our friends. Dior was inspired to open his house by Balmain in 1945 to create his own collection after being asked by Balmain to become partners. However, he later decided to create his own fashion house with the help of Marcel Boussac-- In 1947 he debuted his collection of 90 looks in the opening of his house at 30 Montaigne the flagship store which he opened in December of 1946.

After the war, Dior brought opulence, celebrated the curves of a woman, created new ideas of the most luxurious, glamorous, extravagant fashions for the world to see - by making incredible bold designs.

As I walked through the Dior exhibition, I couldn’t help but compare the challenges we are facing today with what they faced then. After experiencing a year being locked down, I couldn’t help but appreciate how timely this show is for so many reasons. Besides being able to come out of the house--see beauty, learn history, and be inspired to want to dress up, while visiting one of the most magnificent buildings in Brooklyn; this visit became more than just another trip to the museum. It excited me, made me proud to be a part of the fashion industry that documented history through the process of storytelling about the history of one of the greatest designers in history.

As an entrepreneur, I found so much that I could relate to with Mr. Christian Dior. I left the museum feeling overwhelmed with emotion; I had to write it as a love letter to you all.

I too had to make the transition from being a celebrity manicurist, salon owner, bridal boutique owner, to now the founder of World Bride Magazine, and MLM Represents two businesses that I am determined to make successful with the help of my close friends, associates, and fans that are the wind beneath my wings. To think, one museum trip could be so inspirational, in only a two-hour span.

I am ready to go again. So, for those who are foolish to think that fashion, and a trip to the museum won’t inspire you--you may want to check your pulse and see if you are alive. Life is worth living and as long as you are open to learning, the infinite possibilities, and absorbing all the benefits and challenges of new information, you can only expect to broaden your circle of influence.

So whatever you are feeling, thinking, and dreaming--take a chance--Give the people what they don’t know they want. Mr. Christian Dior’s life is a perfect example of tenacity. Just try it.